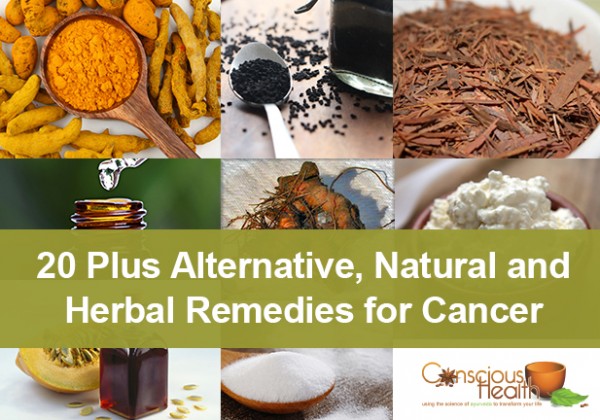 This is Part 1 of Twenty Plus Alternative, Natural, and Herbal Remedies for Cancer

Ayurveda states, “When food is right, medicine is of no need. When food is wrong, medicine is of no use.” Science has proven time and time again that what we eat, think, and come into contact with, as well as what we digest (both physically and emotionally), may cause cancer, along with other life-threatening diseases. Therefore, what we eat, can influence our health and overall healing process.

I believe having some knowledge about where to begin your journey can be helpful. A primary healthcare practitioner must be consulted, along with an Ayurvedic Doctor, Naturopath, or Nutritionist, all in the name of combating cancer.

If you or someone you know is suffering from cancer, be sure the health care practitioner being consulted explains how normal cells in one’s body can change into a cancer cell. This is crucial for designing the correct treatment to revert the cancer cells back into normal cells. Additionally, it is imperative to understand why cancer cells form in order to know which alternative therapies are recommended for the suffering patient.

As a Nutritionist, I assist clients with a diet and lifestyle that will increase the livelihood of one’s immune system, eliminating cancer formation. Throughout my own research, I have found the following therapies, which have been used for many years however, have yet to be discussed in the media. Every protocol I share below is for informational purposes ONLY. These protocols are not intended to diagnose, treat, or cure any type of cancer one may contract. It is recommended that one consult practitioners who can provide guidance towards healing by choosing the right treatment for one’s body.

1.      Essiac Formula: Rene Caisse (the last word is reversed to spell ‘essiac’) was a caring and courageous registered nurse from Bracebridge, Canada. She assisted many cancer patients by using a native herbal formula. Caisse tested the formula with her mother and aunt, with the results boasting two cancer-free relatives. In the ensuing years, Caisse refined and perfected the formula, naming it the ‘four herbs formula’. Caisse devoted fifty years of her life to treat hundreds of patients with essiac tea. The four herbs used in Caisse’s formula were burdock root, sheep sorrel (whole herb plus the root), slippery elm, and turkey rhubarb. Cythia Olsen wrote the book Essiac: The Native Herbal Cancer Remedy that is available via kindle.

2.      God’s Herbs Heal All Tea: God’s Herbs is a herbal formula created by Dr. Robert Morse, N.D. Morse used his forty years of herbal and clinical experience to eliminate each degree of tissue damage related to cancer. The “Heal All” tea is part of the God’s Herbs series. The tea was created as a powerful detoxifier and regenerator of the body.  The tea can be drunk, used as a mouthwash, or in enemas and douching (for women).  This formula has been used for all types of cancers, tumors, abscesses, acne, and other toxic conditions of the body. This particular formula contains white oak bark, plantain leaves, comfrey root and leaf, black walnut hulls, chaparral, burdock root, and marshmallow.

3.      Parent Essential Oils (PEO):  Professor Brian Scott Peskin, an MIT trained scientist, responsible for writing the book The Hidden Story of Cancer, has stated that ‘oxygen reducing oils (mostly modern vegetable oils such as soy, canola, corn, etc.) are a major cause of cancer.’ Peskin’s book was based on the discovery of a Nobel Prize Winner, Dr. Otto Warburg, who explained the prime cause for cancer related to damaged polyunsaturated oils. Contrastingly, Parent Essential Oils (PEOs) are oxygen attracting oils. These oils contain Alpha-Linoleic and Linoleic Fatty Acids, obtained from seeds. In order to manufacture PEOs, the oils from these seeds must be extracted without heat, or damaging processing techniques. They must also be protected from any type of oxidization.  Examples of PEOs include evening primrose oil, flax-seed oil, pumpkin seed oil, sunflower oil, and safflower oil.

5.      Joanna Budwig Treatment: ‘The Budwig Diet’ was believed to be a lifesaving protocol for many who suffered from cancer, along with other deadly diseases. It was developed by Johanna Budwig, a doctor and seven-time Nobel Prize nominee.  Budwig’s diet generally consisted of mainly flaxseed, along with oil and cottage cheese. The Budwig Muesli is a blend that was developed by Budwig, made of three tablespoons of flaxseed oil, six tablespoons of low-fat cottage cheese, a grind of whole flaxseeds, raw-unpasteurized honey, and a variety of other ingredients of one’s choice, all within the borders of Budwig’s explicit diet regime. Budwig also included any other natural foods that she had found to be biologically beneficial or available within the body. For example, she stressed the use of stevia leaves, non-pasteurized honey, dates, figs, berries, and other such fruits and food rather than artificial and/or refined sugars.

6.      Hulda Clark: The Syncrometer®™, devised by Hulda Clark and Clark Zapper, has actually shown to have a negative effect, regardless of size, for each cancer strain. Clark’s method of curing cancer, rather than treating it, had a 95% rate of success. Tumors were shrunk instantly, regularizing blood chemistry. Ultimately, the sufferer is returned to optimum health. In her book, Clark claims that all cancers are caused by parasites. As such, all diseases can be cured as soon as the body can be rid of the parasites that are causing them. For further research read ‘Cure for all Cancer” by Hulda Clark.

7.      Gerson Therapy: Founded by the German-born physician Max Gerson, Gerson Therapy is a type of treatment that claims to have cured thousands over the past sixty years. Diseases that the Gerson Therapy has cured includes diabetes, heart disease, arthritis, and various cancers such as breast, prostate, lymphoma, and melanoma. The main aspect of the Gerson Therapy Protocol relies on The Gerson Diet; a plant-based concoction of food that is utterly organic. The diet requires those undertaking it to drink around fifteen pounds (or close to seven kilograms) worth of organic fresh produce each day through juicing and/or preparing smoothies out of fruits and vegetables. This process will allow the nutrients and enzymes to become easily digestible, as well as absorbable. The body will then be able to detoxify itself, healing faster as a result. As part of this therapy, patients are expected to perform up to five coffee enemas in order to aid in the detox process. It is said that the combination of this therapy, along with the above-mentioned juices, force the immune system into attack-mode, causing it to target and kill the tumor tissues. It also flushes out other toxins from the body throughout the course of the treatment.

8.      Marijuana or Rick Simpson Hemp Oil:  Rick Simpson had no medical or naturopathic degree. He lived in Nova Scotia, Canada, losing his cousin to cancer at a young age. After being diagnosed with skin cancer himself, Simpson decided to use cannabis as a form of treatment. He extracted essential oil from the cannabis plant, applying it externally over the skin. Remarkably, Simpson experienced extreme healing of his illness within four days. In 2008, Christian Laurette released a documentary titled ‘Run from the Cure’, which was featured on YouTube. This documentary focused on Simpson’s story, retelling his remarkable tale through intriguing audio and video demonstrations. Simpson provided credit to the CBD, a natural defense mechanism in the cannabis plant. CBD makes up approximately 40% of the cannabis plant matter, causing disruption in the growth of tumor cells as a result.

9.      Dr. Simoncini Cancer Therapy Using Baking Soda: Dr. Tullio Simoncini was an oncologist in Rome, Italy. Simoncini pioneered the Sodium Bi-Carbonate (NaHCO3) therapy, used to treat patients suffering from cancer. The theory explains the formation and spreading of tumors as the presence of a fungus. According to Simoncini, “Sodium bicarbonate, unlike other anti-fungal remedies to which the fungus can become immune, is extremely diffusible and retains its ability to penetrate the tumor, due to the speed at which the sodium bicarbonate disintegrates the tumor. This speed makes the fungi’s adaptability impossible, rendering it defenseless.”

Researcher Paul Gerhardt Seeger (1938) revealed that cancer in one’s cells is caused by the disturbance of oxygen utilization, or cell respiration. With the destruction of a specific respiratory enzyme present, cytochrome oxidase is noticeable in wheatgrass. In her book, The Wheatgrass Book, Wigmore talks about wheatgrass, explaining its age-defying, DNA-repairing, blood-purifying, and cancer-fighting properties. Wigmore’s cancer treatment diet excludes meat, dairy, and cooked foods as an essential part of the diet mentioned. Instead, Wigmore emphasizes the importance of living on raw foods. I personally experienced this diet for forty days while I was in attendance at the Living Foods Institute in Atlanta, Georgia. Unfortunately, my body was unable to respond positively to the amount of raw food necessary for the diet to be effective. As a Kapha-Vata constitution, I felt extremely tired, experiencing a healing crisis throughout the protocol as a result. However, I was not a cancer patient. When eating sprouts (living foods) and wheatgrass juice, I have always experienced a high level of energy when consuming my regular diet.

11. Proteolytic Enzyme (PE Treatments): Bacteria, viruses, yeast, fungi, and cancer cells are all protected by protein, with food allergens containing almost all protein. The Proteolytic Enzyme (PE) has the ability to digest and destroy protein-based defense shields of pathogens and allergens. Established cancer in the body reprograms the production of enzymes in the body in order to accelerate the cells’ own growth. This then protects the body from the immune system, while supplementing the body with PE which can alter this process significantly.

PE treatments were first popularized in Germany in the 1960s. They were used for inflammation, osteoarthritis, autoimmune diseases, and viral infections. The proteolytic enzymes usually contain a mixture of pancreatin, papain, bromelain, trypsin, and chymotrypsin enzymes. Studies have shown that PE has immunomodulatory and tumoricidal properties, with beneficial effects for head and neck cancers, multiple myeloma, breast cancer, and cervical cancer.

Check out the second installment of the blog

Twenty Plus Alternative, Natural, and Herbal Remedies for Cancer Part 2

Note that in Ontario Canada (Greater Toronto Area) we will host a one of a kind Holistic Cancer Expo – Thrive with Cancer.

I am working with a friend (as a co-organizer) for this event – Thrive with Cancer. This is our first year!
This is a community project aimed to bring awareness to alternative and holistic treatments and resources to help support cancer patients, survivors, family and friends.
Thrive with Cancer facebook page is created to help promote my upcoming Holistic Expo.
Our aim is to help educate you and empower you to take your health into your own hands.
HOW CAN YOU HELP?? – PLEASE SHOW US SUPPORT BY
1. LIKE us on Facebook
2. Share the event page with friends & family members in Toronto, Canada.
3. Visit all the booths along with the Conscious Health booth.
4.  Connect with us by emailing – thrivewithcancer@gmail,com. Volunteers, new ideas and questions are welcome.
5. Suggest us companies, practitioners, therapies and guest speakers for 2017 event. 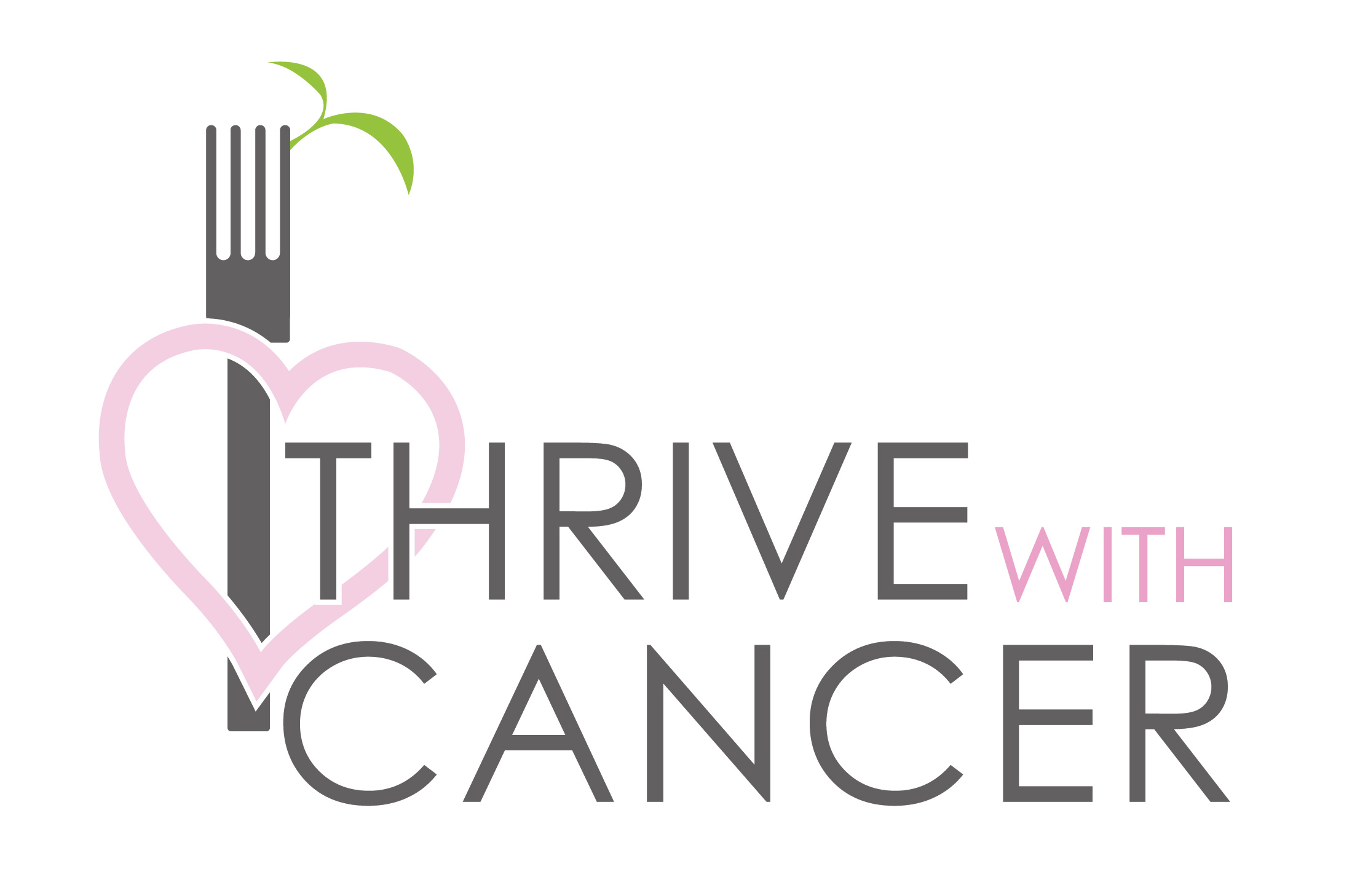