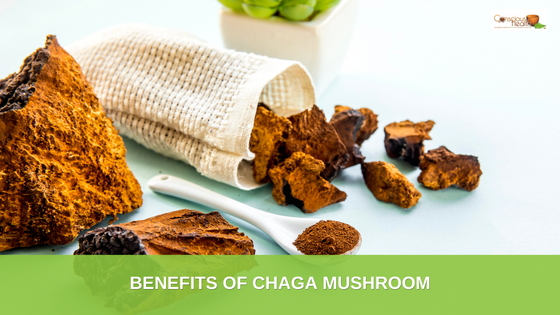 Ayurveda may treat it as a “tamasic” food but benefits written below will speak for itself. It is considered as an all-in-one kind of a remedy in chaga mushroom. And it’s important to understand that it could take about three weeks of daily use to establish its benefits.

Chaga has the highest antioxidant content of almost any plant or fungi on earth. With its robust concentration of nutrients, it has been popularly used in Russia and Eastern Europe, Japan and North America as a folk medicine. Chaga has over 200 phyto-nutrients, essential vitamins and minerals that protect our DNA.

Chaga mushroom may have benefits but it also has side effects.