Plants can be used to effectively cleanse the indoor air of an average home of many of the common chemical contaminants due to their incredible ability to absorb and sequester toxic chemicals. A study by NASA and the Associated Landscape Contractors of America (ALCA) concluded that typical houseplants such as bamboo palms and spider plants not only make indoor spaces more attractive, they also help to purify and cleanse the air. In 1989, Dr. B.C. Wolverton, Anne Johnson, and Keith Bounds conducted the study which was formerly planned to find ways to purify the air for extended stays in orbiting space stations.

Though NASA found that some of the plants were better than others for absorbing the typical pollutants formaldehyde, benzene, and trichloroethylene, all of the plants had properties that were useful in improving overall indoor air quality. Moreover, NASA distinguished that some plants are better than others in treating certain chemicals. For example, the best plants for treating and cleansing the air contaminated with benzene is English ivy, Gerbera daisies, pot mums, peace lily, bamboo palm, and Mother-in-law’s Tongue. To treat trichloroethylene, the peace lily, Gerbera daisy, and bamboo palm were proved very effective. To filter formaldehyde, the bamboo palm, Mother-in-law’s tongue, dracaena warneckei, peace lily, dracaenamarginata, golden pathos, and green spider plant works amazingly. After conducting the study, NASA and ALCA compiled a list of the most effective plants for treating indoor air pollution.

Considering a typical home of under 2,000 square feet, the study endorses using at least fifteen medium-sized houseplants to help improve air quality. For better results and good effects, the plants must be grown in six-inch containers or larger. Most chemical sequestering occurs in the roots and stems of plants, so potted plants are needed, rather than cut flowers.

Note – Only 19 plants were studied by NASA. Additionally, it proved that almost any plant grown indoors will have a beneficial effect on chemical levels in the air. Because in 19 those plants, 17 were effective at removing chemicals, and 15 were very effective. Nevertheless, plants adapted to lower light areas (such as under forest canopies) may be most useful. These plants are ultra-efficient at capturing light, which also means that they must be very efficient in processing the gasses necessary for photosynthesis. Because of this, they have greater potential to absorb other gases, including the potentially harmful ones.

Heartleaf philodendron which is also known as the Sweetheart Plant due to its shiny and heart-shaped leaves. It grows easily and quickly. 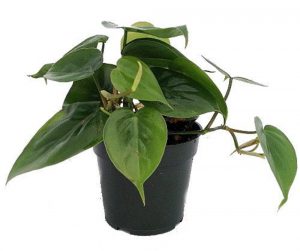 Elephant ear philodendron is an amazing plant to cleanse and purify the formaldehyde. These plants are cheap and easy to take care of as they can survive easily. 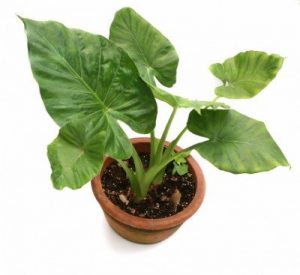 Cornstalk dracaena sometimes called as a corn plant. They have shiny and glossy leaves with yellow stripes. This plant adds value to the home lawns and garden. It is also known as an indoor plant. 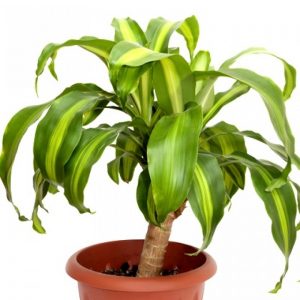 English ivy is an evergreen, quick to grow the plant. This plants when placed indoor make the home attractive and beautiful.

The spider plant is also known as airplane plant or ribbon plant is a flowering plant. It is low maintenance and fast-growing. 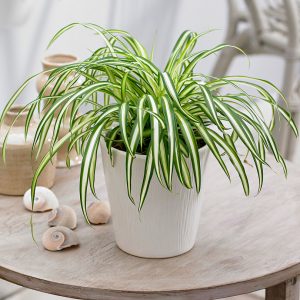 This plant has a cane line stems and can be placed indoor home to give a welcoming feeling to the home. It grows fast and the plant should never be overwatered. 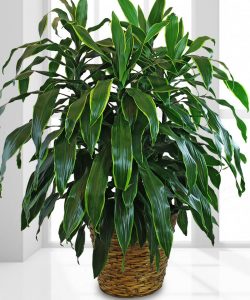 Warneck dracaena is one of the easiest indoor plants to grow. It has white stripes on the edges of the leaves. 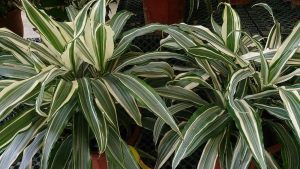 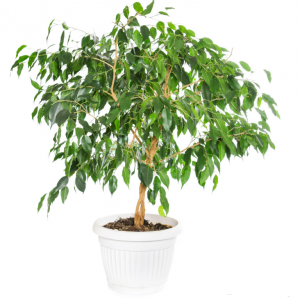 Golden pothos is famous because of its beautiful long stems which can grow to 8 ft or more. These plants have excellent tolerance to the light. 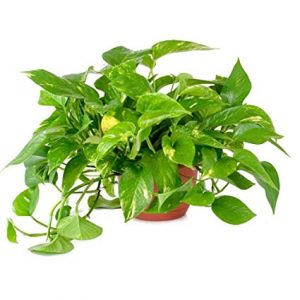 Peace lily also called a Spath plant is popular because of the large leaves and it commonly blossoms in spring. 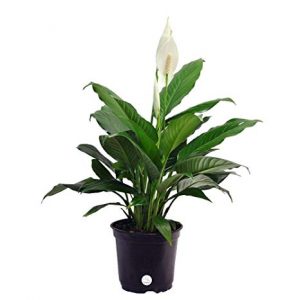