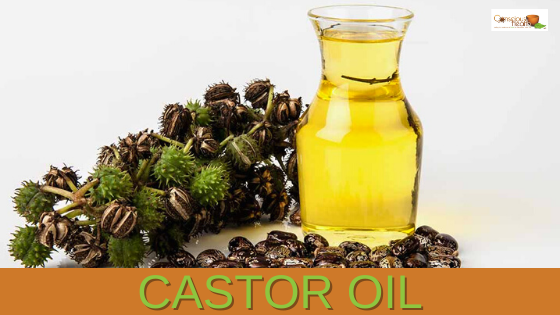 Castor oil is also known as miracle oil because it has highly fortifying properties. For centuries, it is being used in numerous treatments because of its anti-inflammatory and anti-bacterial properties. It is extracted from the bean of a castor plant which originally come from Eastern Africa. It is one of the most ancient oil which is famous for its powerful and amazing therapeutic properties. It is used in many Ayurvedic medicines and can be consumed both internally or externally depending upon the type of treatment. In Ayurveda, it is amazing to relieve Vata and Kapha disorders.

Castor oil has the following properties:

In Ayurveda, it is amazing to relieve Vata and Kapha disorders by balancing it. It also relieves pitta when combined and processed with herbs which have bitter and sweet taste.

Castor oil posses a great number of health benefits. Some of which are listed below:

When can we use Castor Oil externally?

When can we use Castor Oil internally?

How to make Castor Oil pack?

Castor oil pack is very effective and can be used to break down cysts, fibroids, and lipomas. To make castor oil pack, use soaked flannel oil and cover it with hot water bottle. It is then placed on the affected area for about an hour. It also helps to reduce inflammation, and joint pain.

Note: FDA approves castor oil and it can be used indefinitely.